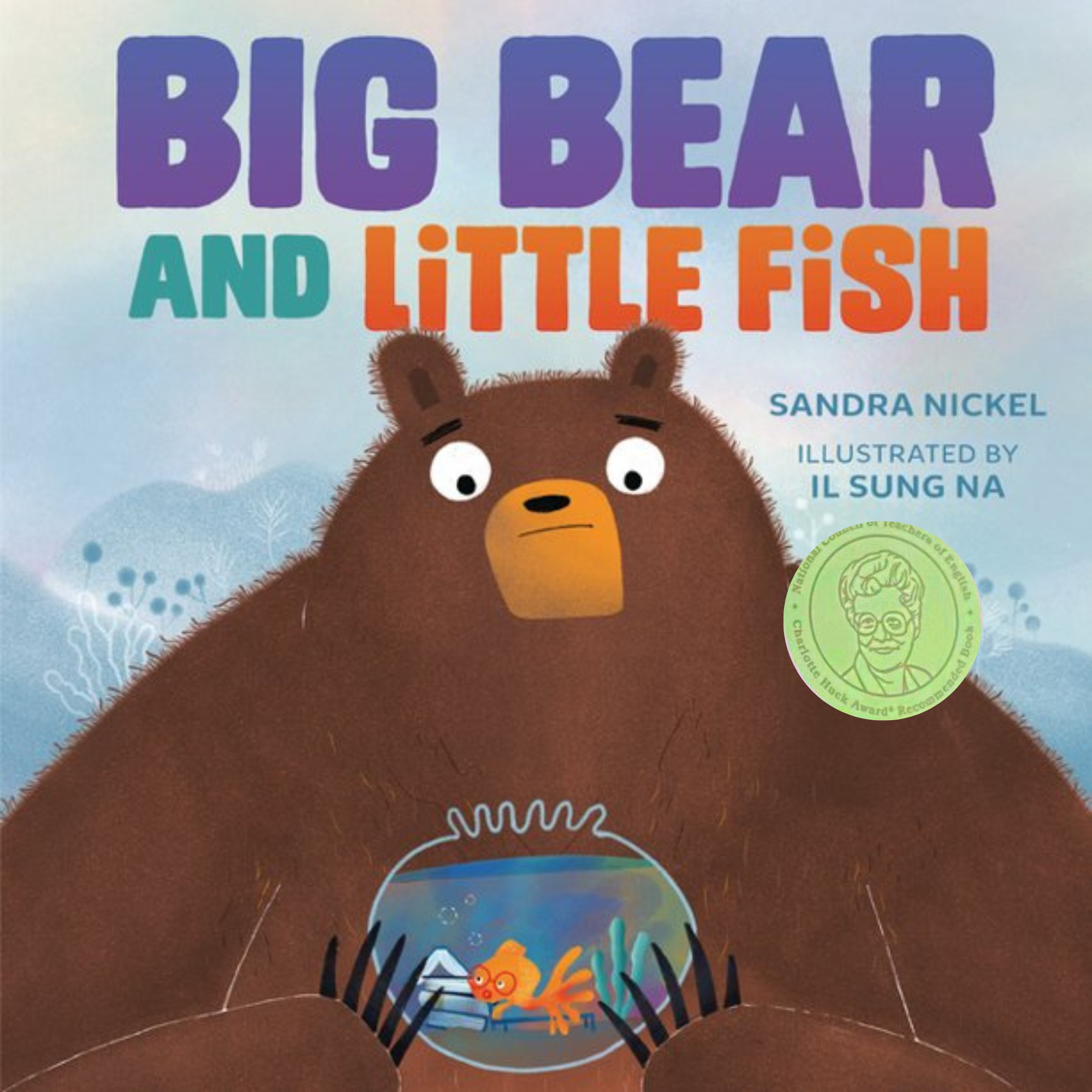 An unexpected friendship expands Bear’s life in surprising ways. At the carnival, Bear wants to win a teddy bear as big as she is. Instead, she wins a fish. A very little fish. Bear doesn’t quite know what to do. But with the help of Fish, Bear learns that although she and Fish are different, they are also a little the same.

Gentle, accessible prose by Sandra Nickel is paired with richly textured illustrations by Il Sung Na in this sweet story about accepting others for who they are.

Big Bear and Little Fish was named a Charlotte Huck Award Recommended Book by the National Council of Teachers of English. The Charlotte Huck Award recognizes fiction that has the “potential to transform children’s lives by inviting compassion, imagination, and wonder.”

“A delightful tale of unexpected friendship.”—Kirkus

“An endearing and thought-provoking story that boosts self-confidence while promoting friendship, empathy, and new perspectives, Big Bear and Little Fish will become a quick favorite on home bookshelves, a go-to book for classrooms, and a must for school and public library collections.”–Celebrate Picture Books 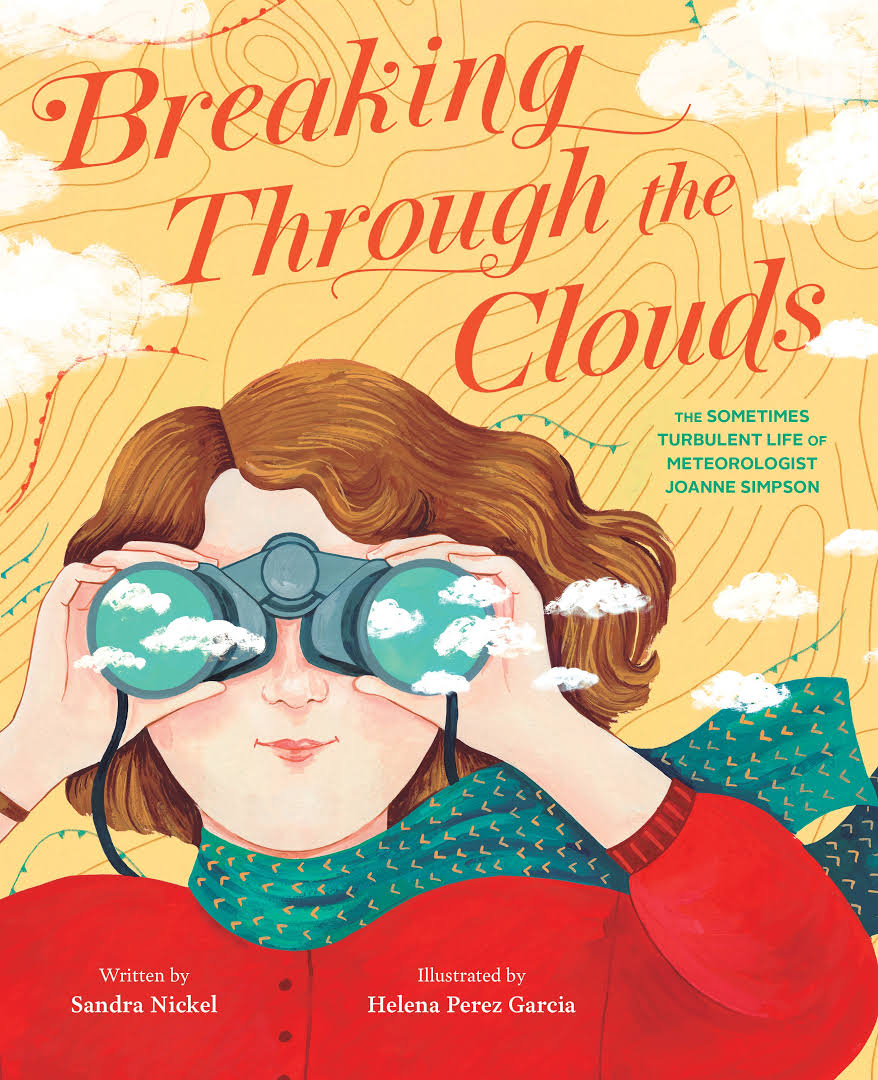 Breaking Through the Clouds

When Joanne Simpson was a girl, she sailed her boat beneath the puffy white clouds of Cape Cod. As a pilot, she flew her plane so high, its wings almost touched them. And when World War II began and Joanne moved to the University of Chicago, a professor asked her to teach Air Force officers about those very clouds and the weather-changing winds.

As soon as the war ended, Joanne decided to seriously study the clouds she had grown to love so much. Her professors told her to go home. They told her she was no longer needed. They told her, “No woman ever got a doctorate in meteorology. And no woman ever will.”

But Joanne was stubborn. She sold her boat. She flew her last flight. She saved her money so that she could study clouds. She worked so hard and discovered so much that—despite what the professors said—she received a doctorate in meteorology and changed everything we know about weather today.

“An energetic, compassionate examination of a determined researcher who left her mark on the field of atmospheric sciences.” —Publishers Weekly

Breaking Through the Clouds was listed on the American Library Association’s Rise Booklist for 2023. 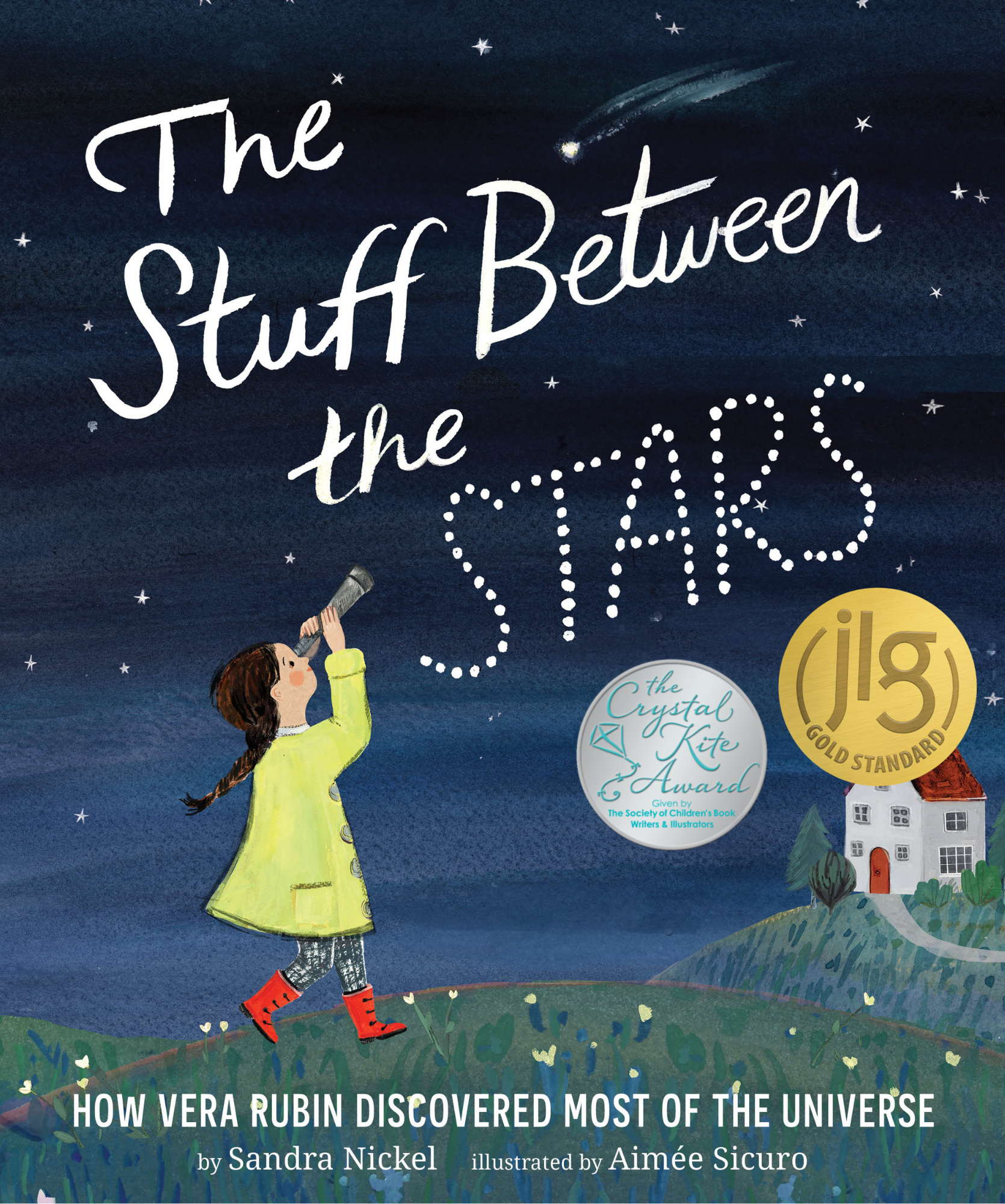 The Stuff Between the Stars

How Vera Rubin Discovered Most of the Universe

Before Vera Rubin discovered most of the universe, she was a girl who loved the night sky. She watched the Big Dipper circle the North Star. And when her eyelids grew heavy, she dreamed not about what she had seen, but about what she had not seen. She dreamed about the mysteries between the stars.

As Vera grew older, she tried to uncover those mysteries. At her first conference, the male astronomers said her ideas were “outlandish.” They said they were “ridiculous.” Vera didn’t like their harsh words, pushing her away. So she started studying far away galaxies no one else was interested in. The youngest wheeled like pinwheels. The oldest spun with their arms closed tight. And every single one showed that between the stars, there is stuff we cannot see. Scientists before Vera had suspected this “dark matter” made up most of the universe. But no one had been able to show it was there. No one, until Vera.

“A truly beautiful story of perseverance and passion.”—BOOKLIST

“This engaging biography will appeal to budding scientists, particularly those with a penchant for sky searching.” —KIRKUS REVIEWS 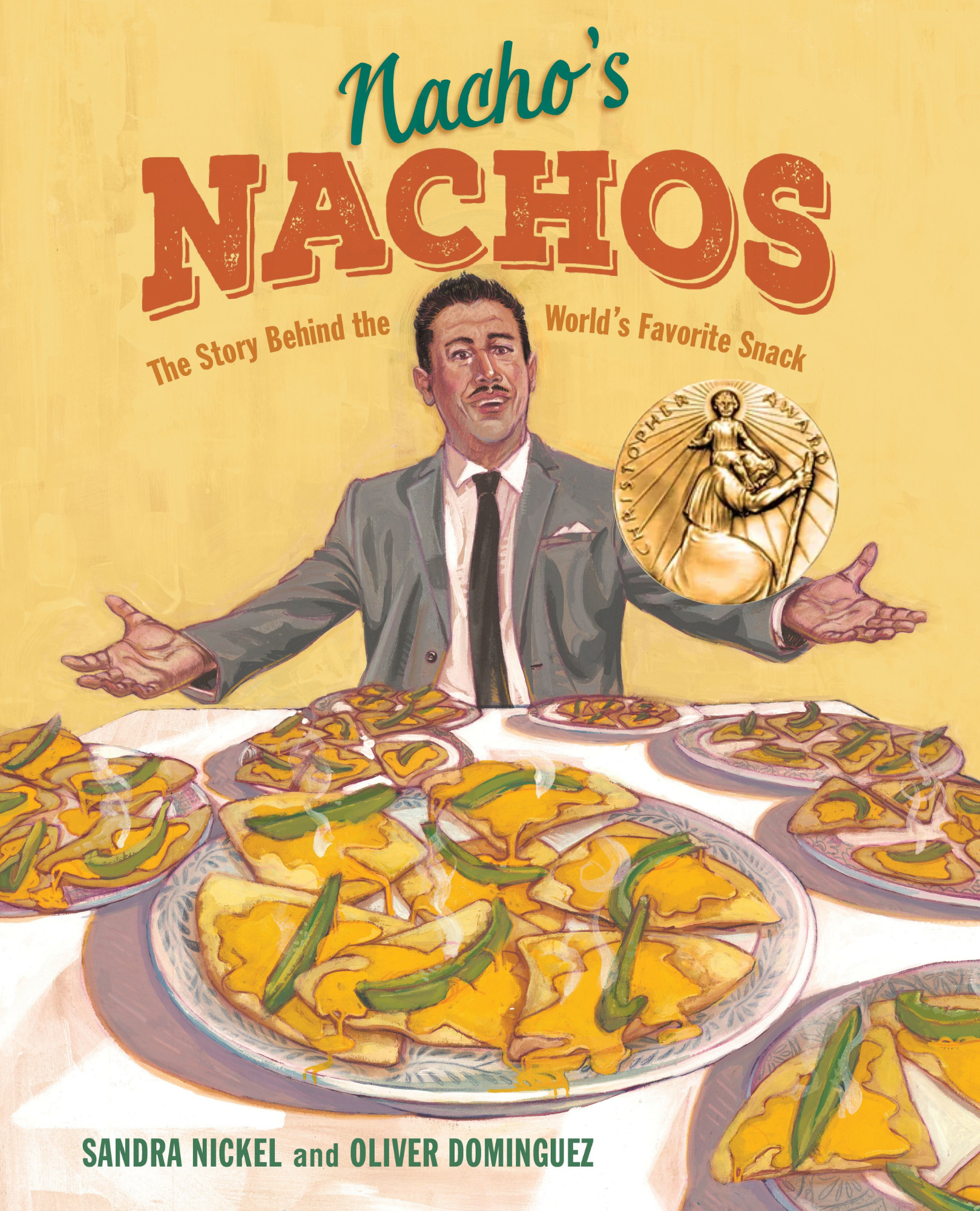 The Story Behind the World’s Favorite Snack

Nacho’s Nachos is the true story about how nachos were invented—about what happened when a regular customer asked Ignacio “Nacho” Anaya for something new, and there were no chefs in the kitchen.

2020 was the 80th Anniversary of the invention, and Oliver Dominguez’s illustrations transport us back to the border of the Rio Grande in 1940, when Nacho’s quick thinking resulted in a snack now eaten everywhere from Texas to Paris to Hong Kong!

Nacho’s Nachos is the winner of a Christopher Award. It was named as a finalist for the Society of Children’s Book Writers and Illustrators Golden Kite Award, a Best Picture Book of 2020 by Kirkus Reviews, a Best Children’s Book of the Year by the Bank Street College of Education, a Best Book for Kids of 2020 by the New York Public Library, a Delaware Diamond Title for 2021-2022, a Eureka! Nonfiction Children’s Book Award Honoree by the California Reading Association, and a Best Book of 2020 by the Center for the Study of Multicultural Children’s Literature. It was also selected by educators and librarians for use in classrooms across New York City–the largest school district in the US.

★ “Nickel’s thorough research, including communications with the descendants of the principals, brings to life the man behind the world’s favorite cheesy bites. . . . Nickel’s homage to this congenial, hardworking man and his renowned snack is a celebration of ingenuity and kismet.” —KIRKUS REVIEWS, starred review

“This tale of the humble origins of nachos, bolstered by vivid and period-specific illustrations, will whisk young readers away to a different time and place.” —BOOKLIST

“I have your book on display along with 17 other books related to the topic ‘Everyday Heroes.’ Everyone who looks at the display goes directly to your book, and only your book. I’ve had about 5 conversations about it just while sitting here at my desk.”—Mary Beth Romö, Librarian, St. George’s International School 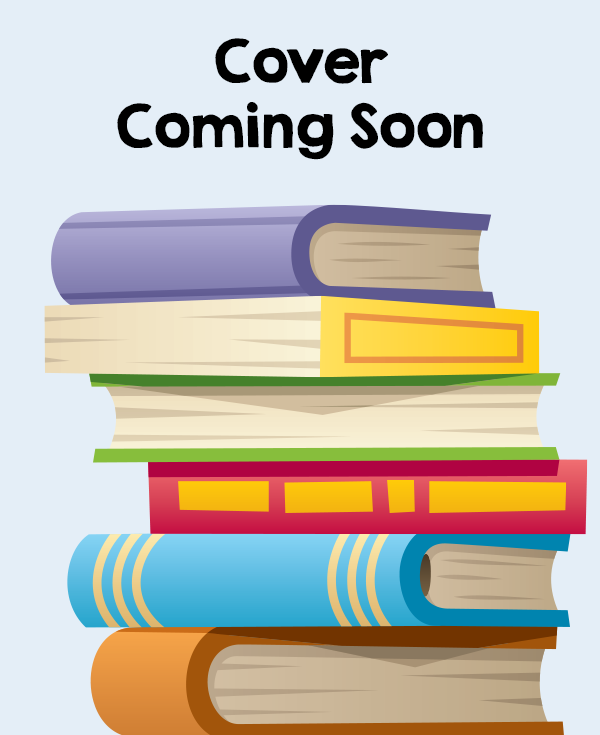